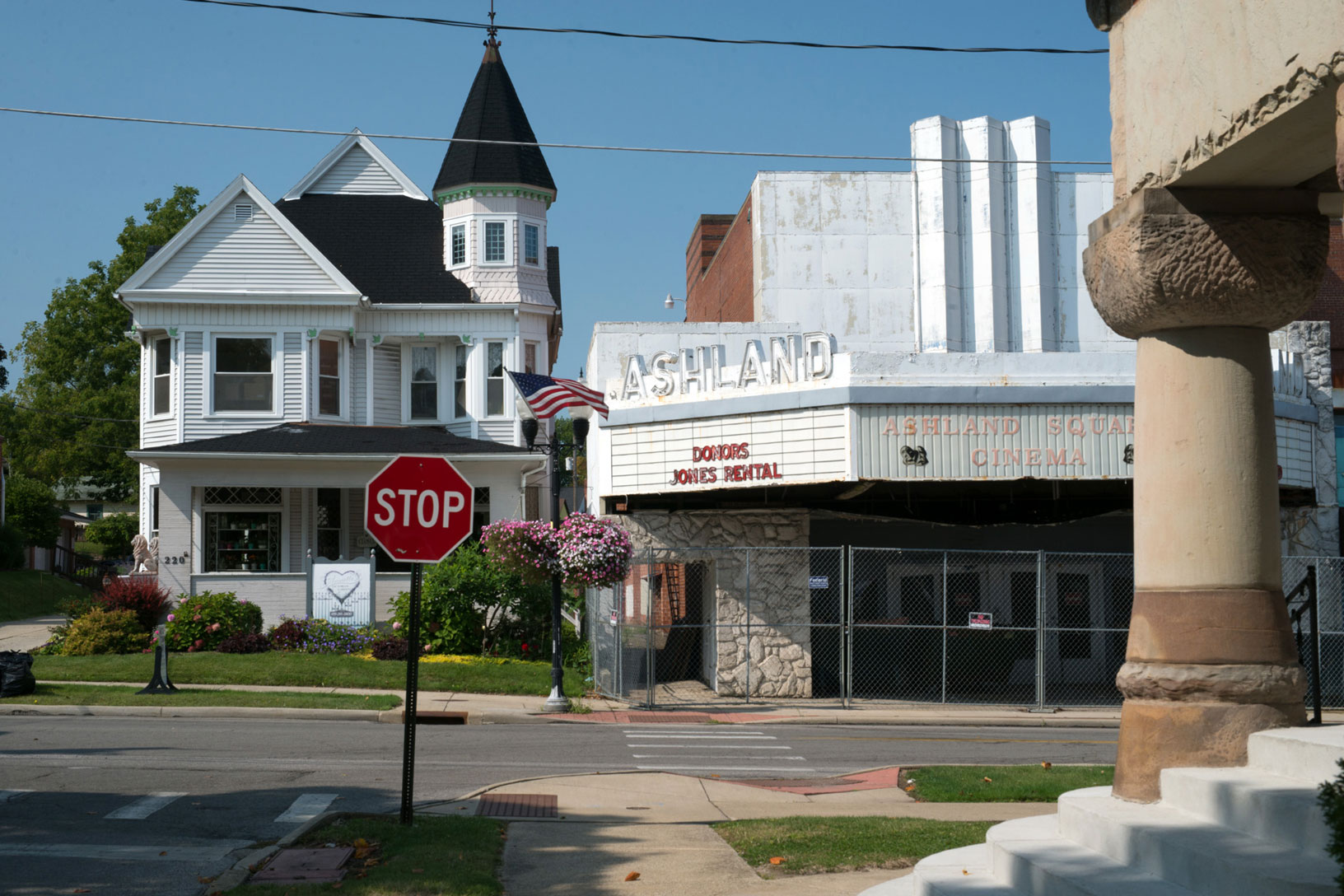 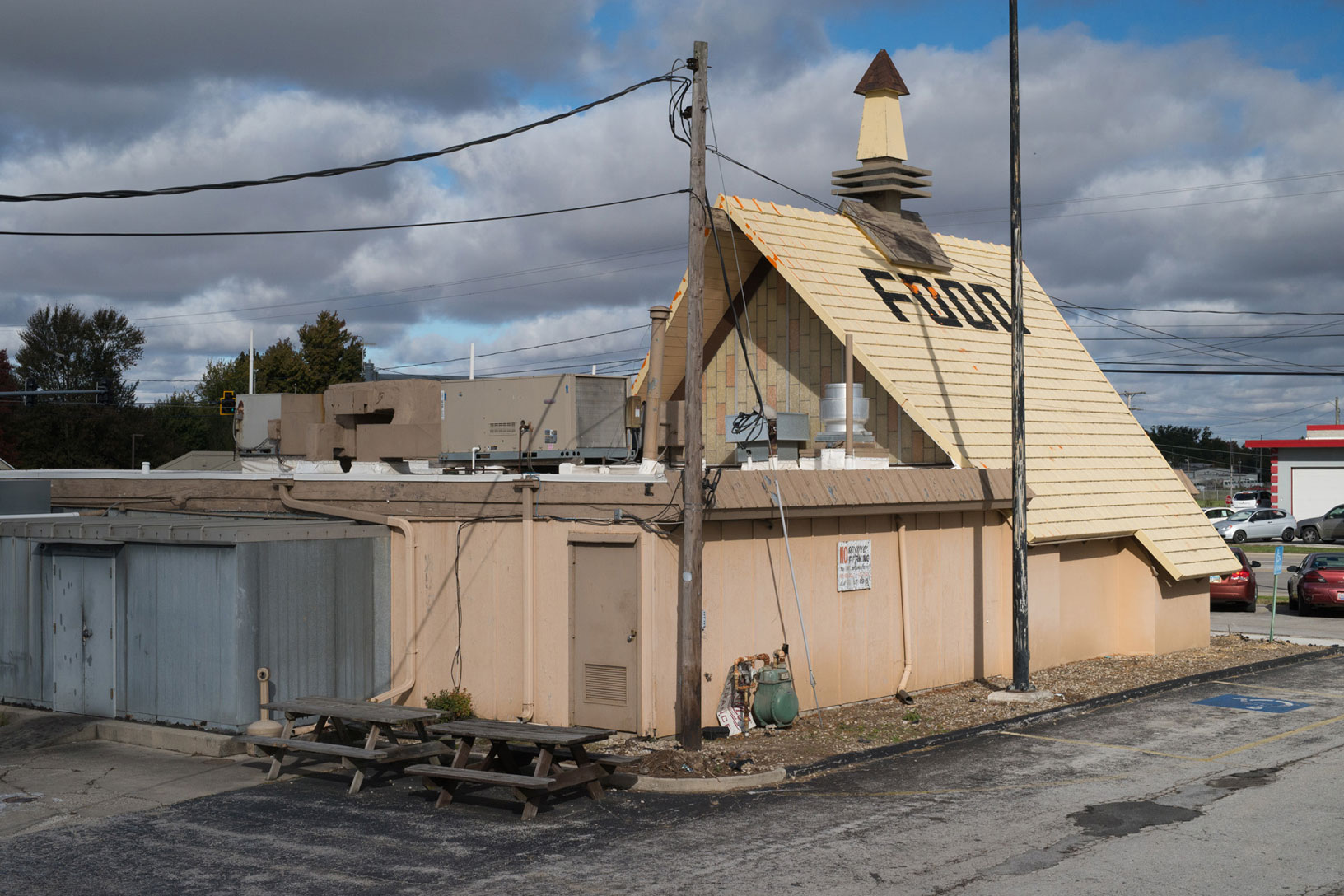 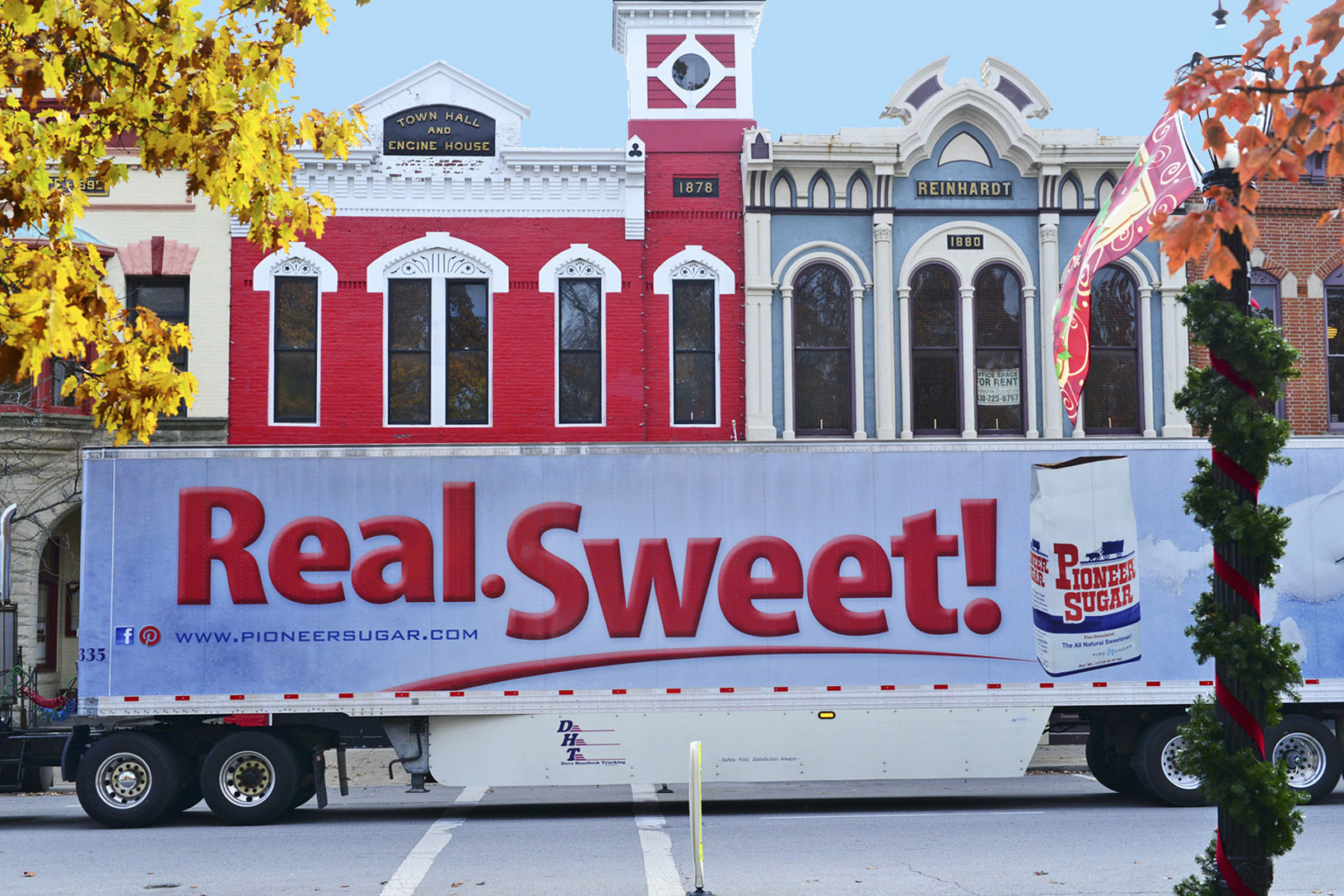 No place was a more nurturing incubator for the classic American Main Street than Ohio in the 19th century. For a newly-expanding nation, Ohio provided valuable natural resources, manufacturing capabilities, and markets. New turnpikes, railways, and waterways filled in the blank spaces on the map of Ohio and towns grew up alongside these busy thoroughfares. Ohio’s Main Streets were commercial hotspots. Ambitious new buildings and public spaces attested to the growing civic pride and prosperity. For almost two centuries Ohio’s Main Streets served as epicenters of entrepreneurship.

The prosperity of most of Ohio’s small towns did not last forever. Across the state, a deluge of plant shutdowns — especially in the 1980s — shattered the economic stability of town after town. Most of these industries did not come back. During this same period big box destination stores drained retail business from Main Street. Today, some towns have reinvented themselves and are surviving and even thriving. Other towns have given up and appear to be closed down forever.

We do not intend for our photographic essay to limelight ruins and ghosts. Rather, we showcase the quiet beauty of towns in repose. Our hope is that these photographs are sympathetic and transcendent and that they honor the survival instinct of the American town while also suggesting new possibilities.

In August 2016, on the outskirts of Toledo, we began a series of road trips out of which “Still Life on Main Street” emerged. By late 2018, we had visited almost every county in the State of Ohio. Our Midwestern roots called us to this homecoming. We are outsiders who were insiders, setting out to capture in photographs Ohio’s Main Streets today. Our focus was on town centers, but we also shot the drive-in movie theaters, the motels, the shopping centers, and other suburban businesses that began to compete with the old Main Streets in mid-20th century America. Like many of the Main Streets, these aging roadside attractions had seen better days.

Our trip was full of surprises. We set out to revisit the thriving Main Streets of our remembered youths, and we did find a few of those. Soon, however, we became fascinated with the ways Main Street had evolved since we lived there many years ago. We became intrigued with the quirky, the ironic, the creative, and sometimes humorous devices used by entrepreneurs and local governments to attract business, even in towns where poverty seemed pervasive.

New themes began to emerge on these silent streets as we delighted in the unexpected juxtapositions: the pop-up gun shooting school in a 1850s Greek Revival mansion in Chesterville, the tiny back street beauty salon aspiring to be exotic and glamorous in Shreve, the deadpan stare of an abandoned Main Street that was once the thriving town center of Shawnee. There was a stillness that pervaded all of these places that was conducive to meditation. We felt a kinship with these towns. Each had its own history, its own soul, and its own potential.

During our sojourn, we experienced the tensions between edge and center that have eroded the roots of community in towns across the country. It is a battle between the motor vehicle and the pedestrian, between the highway and the Main Street, and between the chain store and the local store. Some of our photographs captured the awkward interface between newer highways and the old walkable town centers. At first, we were taken aback by the way tractor trailers barreled through town threatening anyone in their path. But soon we decided to have fun with this, and we played a cat-and-mouse game as we photographed these huge trucks invading otherwise quiet town centers. Trucks became a favorite subject. We were almost run over by a huge tractor trailer in Medina as we captured its raucous presence on a lovely fall day on the town square.

A typical photo shoot went something like this: the assistant, Mike, walked behind the photographer, Marty. When Marty needed to shoot from the middle of a street, Mike watched for tractor trailers, which seldom slowed down. We chatted about what we were seeing — architectural styles, urban design, social and economic trends and possibilities while vehicular traffic and a few pedestrians were moving around us and yet seldom interacting. The photographs of “Still Life on Main Street” captured the essence of our conversations.

Many shots involved long waits for the right light or multiple visits to the same site to capture various changing circumstances. Achieving the perfect shot could face some challenges. In Georgetown, we discussed the courthouse square for over an hour waiting for the sun to rise. In the foreground stood the 1851 neo-classical Brown County Courthouse–pristine-white, free-standing. The square was lined with late 19th-century polychrome-painted commercial buildings. Our goal with this shot was to portray the courthouse as the guardian of the town, with the grand open space and the shops serving as its backdrop. We did not want to see cars in this picture. It was about the relationship of the courthouse to Main Street and about the space: the square, the large blue sky. By the time the sun was just right for our shots, shoppers started to arrive and park their cars in front to the buildings we wanted to highlight. The sun was getting higher by the minute. We had only a 30-minute window to get this shot before the crisp early light would become too harsh. In this setting we patiently watched the patterns of the local citizens: how they dressed, where they went, what they bought. One woman just did not leave. Her car parked out front was holding up a perfect shot. I walked over to eavesdrop on the conversation she was having with the shop keeper. They were discussing the merits of one dishtowel over another. I was tempted to interrupt and buy both towels for the woman just to get her moving and gone. She finally bought one towel and then they began to pray together, which was touching but also tested my patience as yet another customer parked out front. I began my own prayer that all these people might soon leave. Suddenly, all the cars moved out of frame and the image was perfectly captured.

We are grateful for the wisdom imparted to us by the streetscapes of Ohio that can be shared with others through these photographs. This material and these people have given us great joy. We were welcomed virtually everywhere with kindness and friendly curiosity; we were removed by police from only one town, but that was worth the trouble because we were rewarded with a most interesting photograph and some good laughs.

In many of Ohio’s aging towns, we saw a new order that is more budget-conscious and ad hoc than prideful or civic-minded. Deferred maintenance abounded, adding a valuable layer of information to our bittersweet story. We came into town after town witnessing a once-busy Main Street with no activity whatsoever except an occasional vehicle racing by. Many of these once-thriving commercial hubs no longer have customers. Few of our photographs show any people. This is how it was. We did not need to wait for the streets to be empty to shoot most of our pictures. Georgetown was a rare exception.

At the end of our final two-week road trip through the state, we left Ohio and returned to our home bases. What were our thoughts after walking and driving and climbing on rooftops and talking and standing for hours on the Main Streets of Ohio for over two years? Many times we have longed to revisit one of the many lively Main Street Ohio coffee shops. Throughout Ohio there are exceptional coffee shops in some unexpected places. It is in these new generation small town businesses that we begin to see why some Ohio Main Streets are making comebacks. Here we see the same noble, civic-minded pluck that made Ohio great as a frontier state two hundred years ago. Another new storefront entity that we see is the prayer room. As in the movie theater of old, citizens can drop in to a prayer room and imagine a different world. And then there are the libraries. Ohio has some of the highest per capita public library patronage statistics in the US, and most town libraries in Ohio are on Main Street. In many towns the only sign of life is kids biking and walking to the library.

Ohio’s Main Streets are still living organisms, though many of them appear to have lost touch with the narratives that spurred their founding and rise to greatness. As we stood on a typical street corner, we saw buildings and the space between the buildings — streets, sidewalks, parks, and public squares — in which community had been nurtured. In the process of taking these pictures and studying them as a body of work, we were able to pause and appreciate places that once served many generations of citizens but that now appear to be empty stages waiting for Act Two.

And what might Act Two look like? It might involve more people buying dishtowels and sipping coffee and praying and driving and walking on Main Street and rejuvenating some of the historic structures that have been abandoned or underused. Perhaps busier towns will be more difficult to photograph but they will be more livable. And some day our photographs may be seen as capturing a special moment in history when Main Street was a Sleeping Beauty on the verge of reawakening.